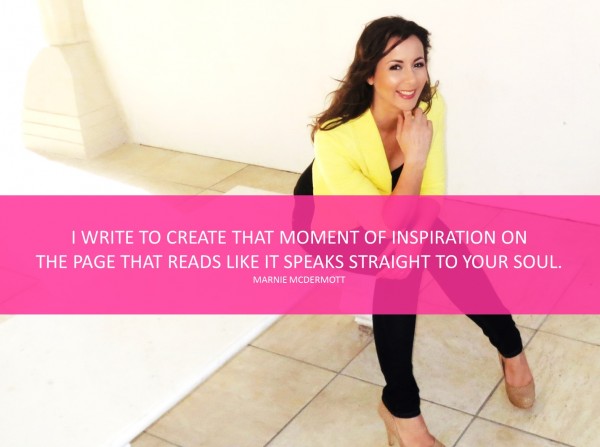 Most people would be crazy-over-the-moon excited about winning an award. Of any kind. Let alone an international award for a book they wrote.

That moment I learned of my first ever book award I was half laughing, half blubbering down the phone to my Mr Mac, and then to my Mum, and then to anyone who would listen.

I was stunned. Utterly speechless. Only able speak in single-syllable words. Disbelieving that a book I wrote stood among the best mind-body-spirit reads in the world.

That’s three for my debut Beyond Happiness, and now the first for its long-awaited follow-up Soul Happiness. 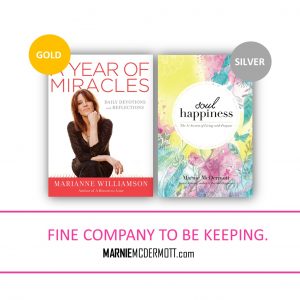 In fact, Soul Happiness is now sharing the very same stage as that spiritual luminary Marianne Williamson. Her latest book was the gold to Soul Happiness’ silver in the enlightenment + spirituality category of the 2014 Living Now Book Awards.

I sway between two states.

I mean WTF? Seriously? I wrote a book – I WROTE A BOOK – that is runner up to the latest offering from Marianne Williamson. Seriously?

And yet that crazy, giddy inner talk is all laced with a big dose of ‘meh’.

This little ‘ole indie self-help author has become more and more de-sensitised to ‘success’ even though I thought it was everything I wanted.

And of course it’s freakin awesome.

But I’ve realised that none of that matters. One. Little. Bit.

Now, Universe, I don’t want to sound ungrateful, because the opposite is true, so momentary gratitude pause: thank you for guiding me and blessing me, I am beyond thankful that you allow me to do the work I do.

That being said. And awards aside. I’ve realised there’s only one thing that really matters.

And it’s not for success.

It’s because I adore it. And I kinda need it.

And it’s for you.

I’ve realised I’m more interested in what you think. What you feel. What you need.

I write to create that moment of inspiration on the page that reads like it speaks straight to your soul.

I write to show you how to…

– blaze your trail in the world.

And I am endlessly humbled to be the spark that lit your soul on fire.

PS: Nab my multi award-winning reads in all good online bookstores – my favourites are Amazon + The Book Depository.

OR order your personalised copies of Beyond Happiness + Soul Happiness directly from me.

Get your free chakra alignment mediation and soulful support to create a life aligned with your light.

Learn where exactly to focus your energy, and the steps to create an abundant, heart-led business.

Get into receiving mode with this free chakra abundance meditation for soul-led business babes.